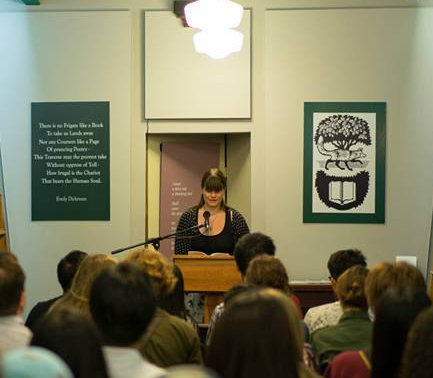 It has to do with my writing, obviously, because a lot of what I write on here is about that. Because until the last week of August I was off for four months, and obviously I wrote a lot because I finally had a lot of time to do it. But I had this story in my head where I’d actually finish something, have something ready to fine tune and polish off. But the story in my head is better than the one in reality.

I didn’t finish anything.

I started things, both on paper and in my head, things that interested and excited me, but  I didn’t finish anything. And it’s hard not to feel like a failure about that, especially if you’re someone who doesn’t handle failure very well (me) even though it isn’t really failure I guess, but in some ways it feels like it.

But writing at all is the important thing I guess, or that’s what most writers say. But I’m at the point where I want to finish something, and I just don’t know how to do it. Fear is probably a part of it, self-doubt another. Obstacles I’ll always have to overcome, but if you have nothing to overcome you don’t really have anything worth doing it for then, right?

I’m still learning I guess, I don’t think I’ll ever stop, even when I do publish a book one day. Luckily, I like learning; I just wish this learning were more obvious. That there were more teachers or writings or proof of it all, but this is an individual thing and I have to learn to write and finish things on my own.

On September 21st it was the three year anniversary of my first publication in an anthology. My short story “The Dead Canary” was published in Ink Movement’s Hamilton Youth Anthology: Volume 1, and I’ll never forget the high of that moment. I remember I read first, only a snippet of my story because my dad had to drive my sister to work and the start of the anthology launch to the time her shift started were very close. But they both made it out, I never doubted they would. It was my first time reading my work in front of people and I did it badly. Eyes trained on the page, looking up jerkily though my dad had long since taught me that a good public speaker looked at their audience, I obviously hadn’t mastered it. My voice quivered and I read fast, and people laughed with a joke and it shook me and made me lose my line. But it’s still a moment I’ll never forget. It’s a story I don’t particularly like anymore, it’s much too existential from anything I’d write nowadays, but I know why I wrote it, what I was trying to work out, what was happening to me when I wrote it. But it doesn’t change the pride I feel looking at that anthology, my story, my name attached to it.

It’s a nice memory to look back on, and I never really knew how much that anthology changed me until this past July when I asked about entering the Short Works Prize, a literary contest that happens annually in Hamilton. I wanted to enter under the category “Off-the-Radar for Unpublished Writers over age 20” only to learn from one of the organizers that I couldn’t because technically, I’m a published author. Because the Hamilton Youth Anthology: Volume 1 has an ISBN number, I am legitimately a published author. And that was a new high altogether, and it’s a great feeling to be overqualified for a writing contest. But then the organizer told me I could be qualified for the “Published Works” category, as long as I’d published a short story/poem/short essay in a magazine, journal, or multi-authored book in 2017.

I hadn’t. So obviously I’m not qualified, but I could be qualified to enter the 2018 Short Works Prize so long as I’ve been published in any of the above in 2018. This also hasn’t happened. And that’s not saying it couldn’t, but it’s already the end of September and finding a journal that is still accepting submissions for Fall/Winter is difficult.

So now I’m stuck in an in-between: I’m a published author, but I haven’t been published in anything since. Sure, I’ve written scripts for my sister and I’s production company, I wrote a play for HamilTEN, both of which were fun and unforgettable experiences that I’m proud of, but they don’t count. Being published counts, and I haven’t worked hard enough to look at how to do that.

I don’t know why, part of it I guess is lack of information. I don’t know where to submit or how to go about it, but that’s my own fault. It’s 2018 and I can easily Google any questions I have on literary journals or magazines in Canada but I haven’t.

And maybe it’s more than just stuck in my writing but stuck in my life. Wondering where my career is going to go, how long I’ll be living at home, if anything will ever take off. Which are all normal and stupid fears because of course things won’t be like this forever, of course I’ll get unstuck, but when you’re almost twenty-five and when everyone seems to be moving easily around you, you can’t help but feel like you’re going nowhere. Which is also silly, because all those people I see around me are probably just as stuck as I am but not showing it. Maybe not in the same ways but somewhere else I don’t understand or haven’t had to understand yet.

I guess I just keep hoping that something will come my way and get me unstuck, a hanging vine or hand. But I’ve realized that the only one who will get me unstuck is myself, and that itself is a lot of work.

One thought on “Stuck”