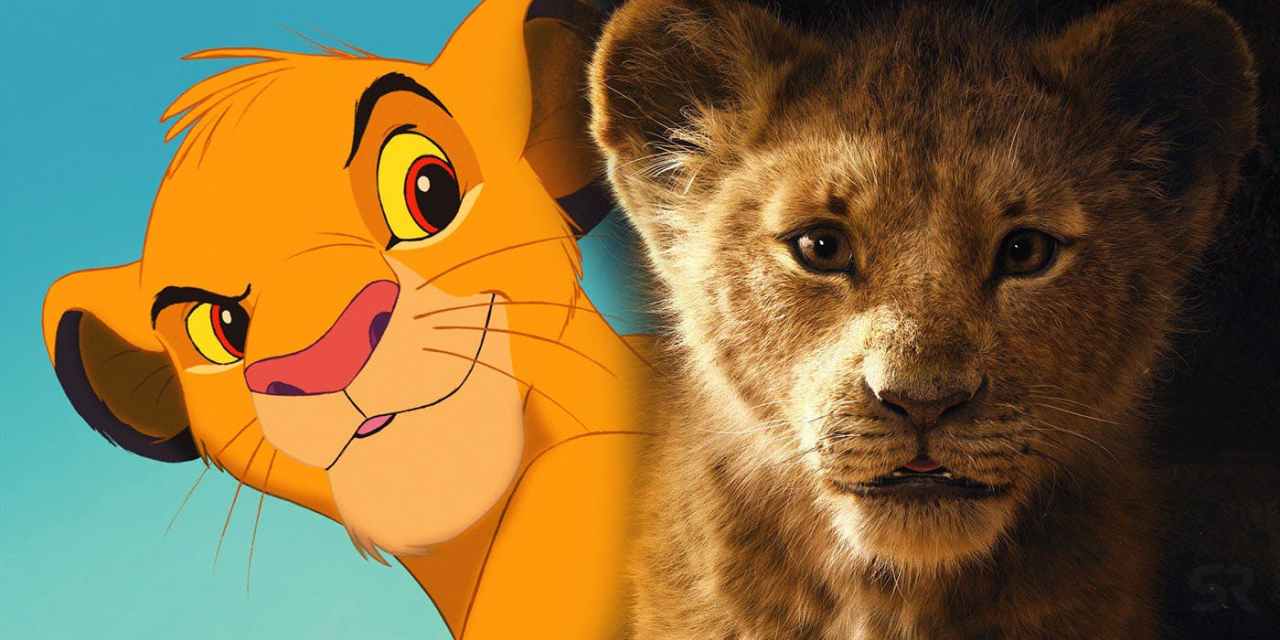 I recently saw the new CGI (not live action, as some sources have said) remake of Disney’s The Lion King and the animation was amazing. The movie itself didn’t stray from the original cartoon; for the most part it was a shot for shot remake of the cartoon. But it’s the animation that I can’t even being to wrap my head around. From the first trailer I saw of The Lion King I couldn’t believe that everything from the animals to the water had been digitally created. It all looked so real, at one point the villain Scar is eating a zebra and he has blood staining the fur along his jaw, all these little details that make it hard to comprehend that the animals your watching aren’t real. At times it felt like I might have been watching a nature documentary, had there not been any singing lions of course.

But that’s the problem with the remake, it’s too real. It’s still a good movie (considering it’s largely the same script how could it not be as good as the original?) but since the animation makes it look like we are watching real animals the magic of the movie is gone, because real animals can’t show human emotions. Sure, they can show hostility and playfulness in the way they walk or by flattening their ears but these subtle animal cues to emotion just doesn’t translate well for audiences. Early on in the movie when Mufasa confronts Scar about not coming to Simba’s lion equivalent of a baptism, the brother’s fight becomes much more boring and flat than in the movie (even though there are implications that Mufasa gave Scar his scar which was an interesting added addition). It feels like the characters are just talking to one another, which in reality they were in a voice recording booth. Without the added emotion on the characters faces, but because people who grew up with the movie know Scar is a villain and know the story of The Lion King

I remember in grade eight my teacher decided to have the class study the Disney movie Bambi. We ended up watching a documentary on how the movie was made and one of the animators of the film discussed how when they were figuring out how to draw the deer for Bambi they realized they couldn’t make them as realistic as they had in Disney’s earlier film Snow White because they looked too cartoonish. The animators had to find a balance between making the deer in Bambi look more like the actual animal without losing the emotional aspect needed for a children’s movie, which of course they did. The animators in the documentary also said that in order to have the animals show human emotions they looked to the facial expression of human children and babies in order to show the correct emotions while telling the story.

So yes, the new Lion King is beautiful to look at and I have no doubt this filming style will change how we use CGI technology in film in the future, but it upsets me how such a crucial part to creating a children’s movie was lost. I’ve already said it a hundred times but I’ll say it a hundred more, I wish Disney would stop remaking old movies and make something original again and I wish they would reopen their hand drawn department.

Maybe it’s because I grew up with the Disney VHS clamshells, but even today I love cartoons. You can exaggerate characters and emotion to get points across; you can create dreamy and terrifying landscapes. I remember the hand drawn number in Mary Poppins Returns and being so amazed and so sad by the animation because I knew Disney doesn’t have the department anymore. Hand drawn animation just makes me feel so warm and cozy, it’s nostalgic and I always find myself being drawn to more cartoons that seem to push for more in their storytelling than live action films.

Honestly I’m not sure what Disney could use with this new hyper realistic CGI. They’ll probably keep remaking movies, maybe more animal ones and maybe their less successful films like The Rescuers or Oliver & Company, but I just don’t think this type of animations works for a kid’s movie. Maybe it could work to replace the use of live animals in movies, to reduce risk to the animal by creating it digitally. Maybe it could be used for teaching videos about how animals live in the wild, maybe it could somehow be developed for veterinarians as a teaching tool. Whatever it is, I have no doubt that this animation will be used for good.

The CGI for Disney’s remake of The Lion King is beyond phenomenal, but while it’s pretty to watch it just doesn’t have the magic or emotion that the original had, that cartoons have. Hopefully hand drawn animation makes a comeback, if not through Disney then somewhere.

(Photo comparison of The Lion King’s from Screen Rant.)

OLA Superconference was so much fun and I hope I get the chance to go back next year.
When your glasses match your current read... 👓👓👓
Once upon a time I tried to make a podcast about dead girls in media and our obsession with them. Now I have a Substack.
Sometimes, you just can't trust the Goodreads Reader's Choice Award for Horror. Sometimes, you can't trust #BookTok.
Got a cool little light for Christmas and now I only take 💫artsy💫 selfies
New #BookReview!!!
Join 56 other subscribers