“Maybe it’s because everything is spookier at night. It’s why people are afraid of the dark. What you can’t see is always scarier than what you can” (Schwab 19).

In the second book of the series Cassidy travels with her parents and best ghost friend Jacob to Paris, one of the most beautiful and haunted cities in the world. But after filming in the catacombs a ghost attaches itself to Cassidy and causes chaos and danger to her, her parents, and possibly all of Paris. Will Cassidy and Jacob be able to send the spirit off?

I adored Tunnel of Bones much more than City of Bones, and that’s not to say that City of Bones was bad only that I felt the book was missing something and thought that maybe it was because Schwab was learning to write for a new younger audience. Well I didn’t feel anything lacking in this sequel, if anything it left me begging for more and made me wonder if this series ever has to end or if it even has to stay for children? Wouldn’t it be cool if Cassidy aged with the series and we went through Cassidy Blake series from children to YA to adult? How awesome would that be?!

I adore Cassidy and Jacob’s relationship, their friendship is so sweet and pure. We don’t see enough platonic boy girl friendships and I want more of them! I also just found this book hilarious. I’ve never listened to the audiobook for this series so I don’t know if it’s narrated by one person or if a reader pops in with Jacob’s voice but I would love that. Jacob’s interruption of the narration is just one of the genius things Schwab does with this story and I love each and every time it happens, reminding Cassidy and reader’s that he is very aware about what Cassidy is telling us and will give his own opinion thank you very much!

Tunnel of Bones is a fantastic addition to the Cassidy Blake series and I can’t wait to see the new ghosts, cities, and adventures Cassidy, Jacob, and The Inspecters find themselves in. 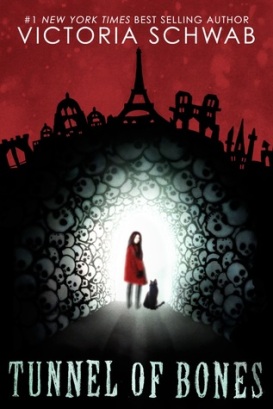 Trouble is haunting Cassidy Blake . . . even more than usual.

She (plus her ghost best friend, Jacob, of course) are in Paris, where Cass’s parents are filming their TV show about the world’s most haunted cities. Sure, it’s fun eating croissants and seeing the Eiffel Tower, but there’s true ghostly danger lurking beneath Paris, in the creepy underground Catacombs.

When Cass accidentally awakens a frighteningly strong spirit, she must rely on her still-growing skills as a ghosthunter — and turn to friends both old and new to help her unravel a mystery. But time is running out, and the spirit is only growing stronger.

And if Cass fails, the force she’s unleashed could haunt the city forever.

When you try to look cute but end up giving major Annie Wilkes vibes instead 😜🔨⛓😂
Two new #bookreviews for #Followers by #MeganAngelo and #TheMajesties by #TiffanyTsao. #Followers has great suspense and offers a fantastic look at our relationship with technology but left this reader wanting more. #TheMajesties is an interesting mystery/thriller that's more a journey of self than murder (considering it opens with a woman murdering her entire family) but it's interesting in it's own way. Read the full review for both on my blog, LINK IN BIO!
A true beaut 🐱🐱🐱
The CATS Yowling Edition was literally everything I could want and more. My only complaint is that it should have been called the Jellicle Ball edition instead!!!🐱🐱🐱
#redecorating
I recently finished #SuchaFunAge by #KileyReid and IT WAS SO GOOD! Very smart, funny, and great in showing the dangers of the White Saviour. Read the full #bookreview on my blog, LINK IN BIO!