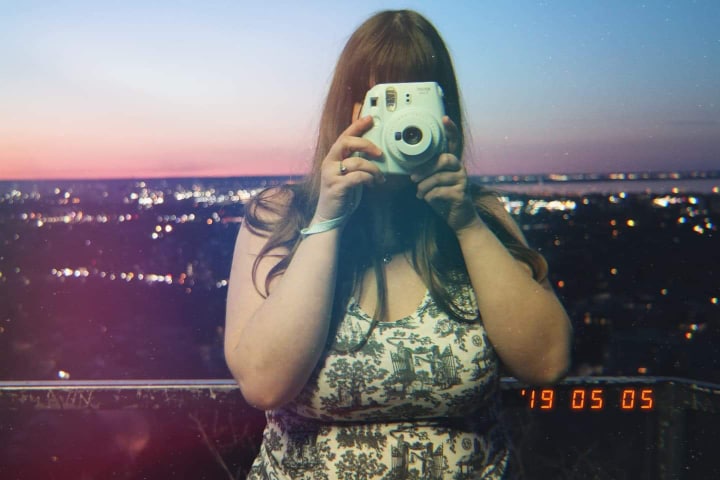 I’ve mentioned a number of times on here that I sometimes feel invisible. Sometimes I feel like it’s something I’m doing to myself, sometimes it just seems to be who I am as a person. I fade away in certain situations, I get forgotten. It happens, but I’ve been trying to make sure I don’t intentionally disappear or make myself invisible, but to make myself visible to other people can be hard. How do you make it so people can see you when you can’t even see yourself sometimes?

When I was younger I used to be invisible to the people I used to call friends. They would exclude my sister and I out of events that they would go out and enjoy whether it was to see a movie or sit in a McDonald’s at midnight. I don’t know why we were excluded, only that it felt horrible to be forgotten. It felt like something was wrong with me, like I wasn’t interesting enough to be included, to know and realize that someone you care about is actively not thinking about you.

And that, and many other reasons, is why I don’t hang around with those people anymore and have instead surrounded myself around people who I care about and who care about me. People who think about me when they see a certain book or article online, or see an event I might be interested in.

On Saturday night I wasn’t having an invisible night but a comfortable one. I was home in my pajamas reading without any real plans, my sister was out for a cast party and my dad was out with friends so it was just me and my book. But around eleven one of my best friends texted me asking if I wanted to go to a 90s themed club night because she knew I was free and that I like dancing, and of course I said yes (and changed into suitable 90s clothes, I’m not going to a club in my pajamas. Though how cool would a pajama themed club night be?).

I decided to be DD because it was late and I wasn’t in the mood for drinking, and I was going to pick up my sister from her party that was close to the club anyways. I met my friend and we danced and had an amazing time. While club definitely looked dingier without alcohol in my system, it was still a really fun night that ended with me picking up my sister and the group of us heading to McDonald’s at two in the morning and driving through the city blasting songs from our childhood through the Bluetooth.

I didn’t get home until five in the morning when the sky was starting to lighten and the birds were already chattering away, and I didn’t feel invisible. I felt happy and light because I have people in my life who care and remember me, who don’t want me to be invisible.

(Photo taken of me by my friend.)

One thought on “Reappearing”

WOOT WOOT DEAD SERIOUS WAS @radshortspodcast TOP EPISODE OF THE YEAR ON SPOTIFY WRAPPED!!!
I read two adaptions of some pretty famous stories. One was very well done, the other was not. Guess which???
I had a day off yesterday, so I made an #OrchardDress!!! I've never made a dress before, but @helens__closet had a free pattern and I had some fabric so I thought I might as well try.
ANOTHER EXCITING THING!!!
In August, I found out that my story "On the Rocks" was the winner in the Prose Category of Dawson City's 2022 Authors on Eighth writing contest.
Visited Toronto on the weekend and the very cool @littleghostsbooks which was so cool and has a 12ft skeleton on the patio!!! Also very good coffee @tlscoffee and an amazing dinner as always at The Spaghetti Factory in a very cool seating area!!! 👻👻👻
Join 55 other followers